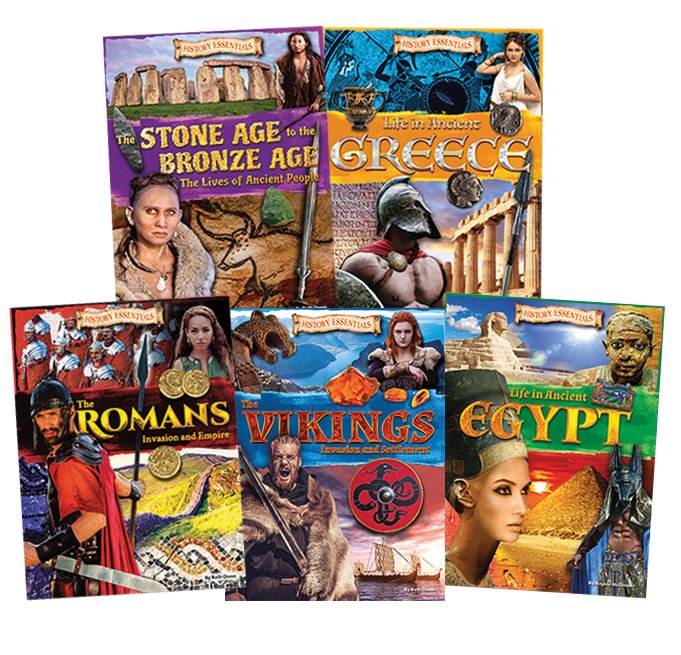 This 5-book set supports the following Key Stage 2 History Learning Objectives: The Roman Empire and it’s impact on Britain; The Roman Empire by AD 42 and the power of its army; Successful invasion by Claudius and conquest; Hadrian’s Wall; Romanisation of Britain; Viking raids and invasion; The Danegeld; Make a depth study of the achievements of an early civilization, such as ancient Egypt; Make a study of Greek life and achievements and their influence on the western world; Changes in Britain from the Stone Age to the Iron Age; Late Neolithic hunter-gatherers and early farmers, for example Skara Brae; Bronze Age religion, technology and travel, for example, Stonehenge.

• Riveting, fact-packed non-fiction reads • Perfect for use in class or for homework projects • Exciting digital reconstructions, illustrations and images of artefacts • Primary source evidence • Non-fiction features including: table of contents, labels and captions, glossary and index

Series Name: History Essentials
Step inside some of history's most influential and turbulent times with these visually stunning titles. Like the best TV documentaries, each book blends examinations of fascinating artefacts with reconstructions of key events and daily life. Drawing on the latest discoveries and evidence, these fast-paced, dramatic reads will bring history alive for Key Stage 2 students. 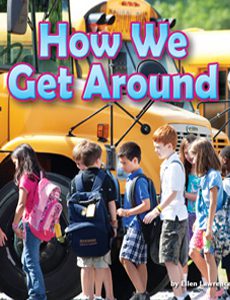